The Alphubel is one of the easier 4’000m climbs. Nevertheless the climb requires a good level of endurance.

The Alphubel (4’206 m a.s.l.) which belongs to the Allalin group is located south of the Mischabel on the ridge between the Matter valley and the Saas valley on the ground of Täsch and Saas Fee. The Alphubel has a clear, ice free rock ridge, the Rot ridge, going to the west down to the Täsch hut (2’701 m a.s.l.). Due to its considerable height and the relatively low inclination of its slopes there are several glaciers in the summit area of the Alphubel: Northwest of the summit or west of it is the Weingarten Glacier, which has meanwhile broken down into three ice masses, which is approx. at 3’100 m a.s.l..

The first ascent was on the 9th August 1860 by T.W.Hinchiff and Leslie Stephen with the guides Melchior Anderegg, Peter Perren and Franz Andernmatten.

This wonderful combined tour leads from the Täsch hut over the east flank or the southeast ridge (ice nose) to the summit.

Ascent via Rot ridge is possible on request. 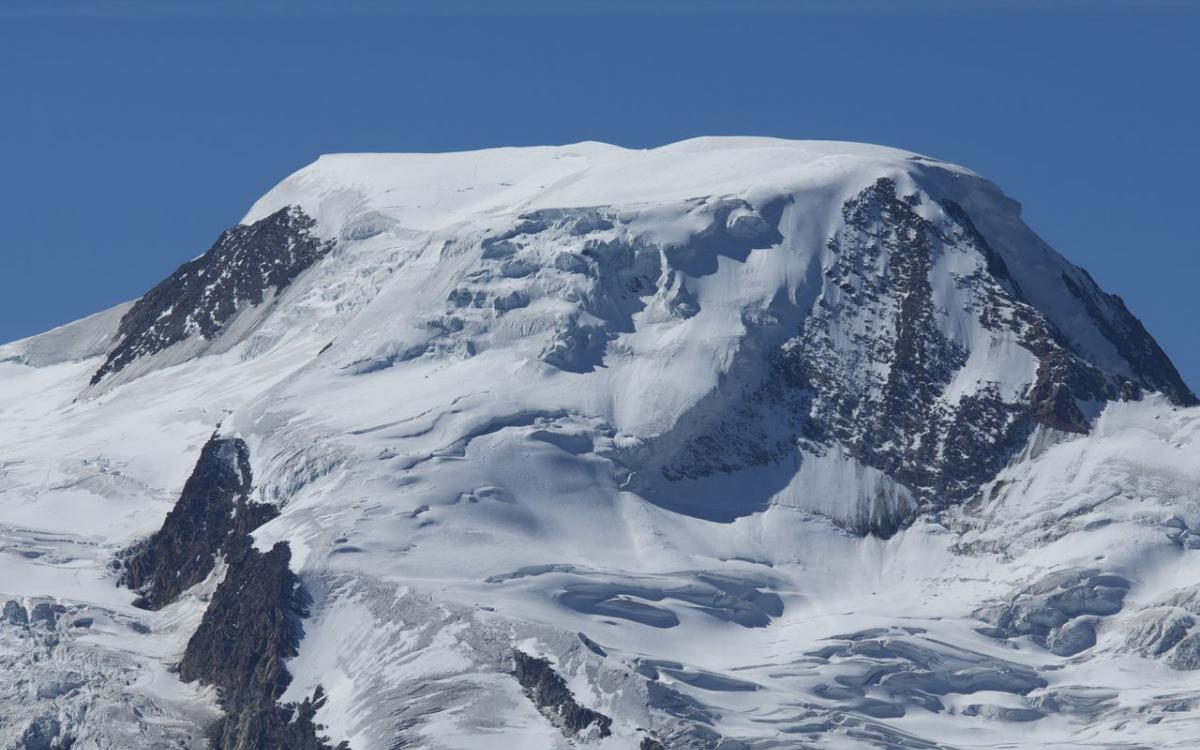 With a private mountain guide:

A deposit of CHF 100.00 per person (included in this price) for all the 2-days tours will be required. This amount is non-refundable (even if you cancel the tour early or if the weather on the day is bad and the tour cannot be postponed).

Please note that for group tours the minimum number of participants must be reached in order for the tour to take place. If this is not the case, you can decide at short notice whether you want to cancel or postpone the tour, or whether you want to do it with a private mountain guide.

We recommend that you take a training tour with a mountain guide beforehand (acclimatization) this can also be done in a group, as long as we have other registrations.

Insurance is the responsibility of the participant (accident and evacuation insurance)

Please contact us 2-3 days in advance by phone or directly in our ZERMATTERS office to ask about the conditions and to discuss the last details.