Skip to main content
On the second highest summit of Europe!

The Durfourspitze is with its 4’634 m a.s.l. the hightest peak in Switzerland as well as in the whole German speaking area.

The second highest peak in the Alps was renamed in 1863 by the Federal council in honour of the Swiss general and cartographer Guillaume-Herni Dufour (1787-1875). Dufour published the first ever map in Switzerland, the Dufour map is named after him.

The long, demanding tour from the Monte Rosa hut is a great challenge for alpinists. 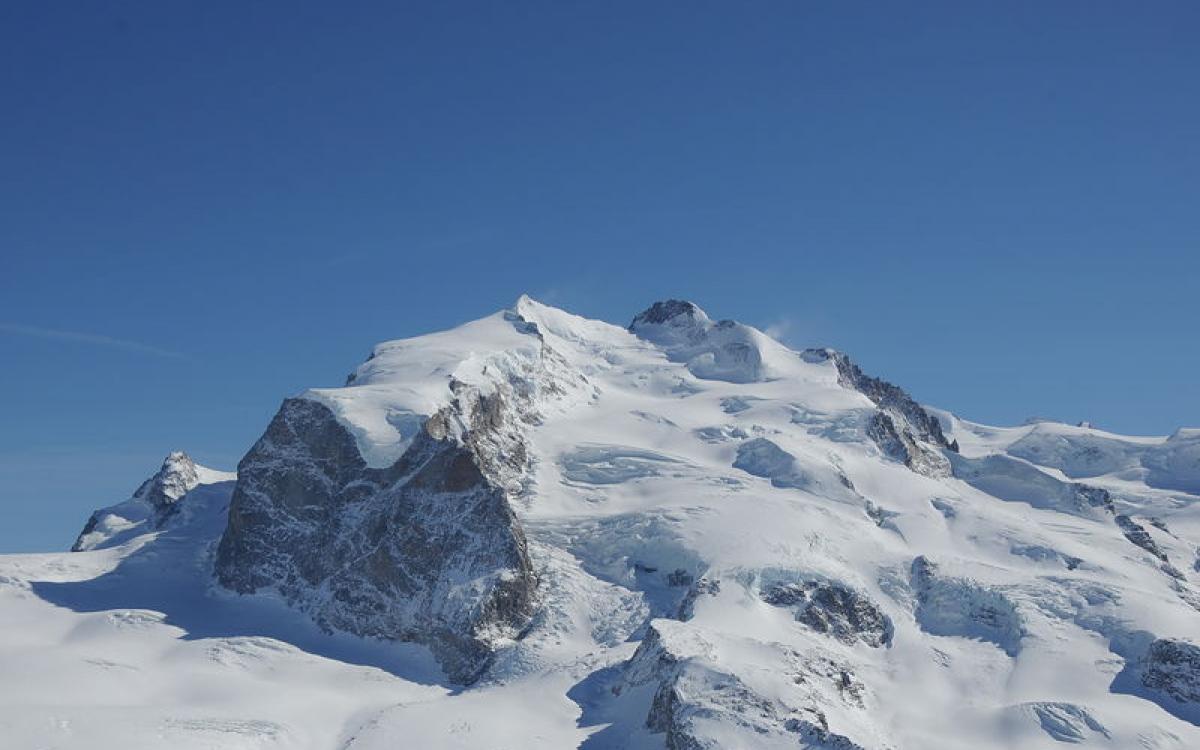 This is a very demanding and long alpine tour. For these demanding 4’000 meters peaks, you need to be very well acclimatised and have very good endurance. You need to have lots of experience using crampons and have already climbed some other 4’000 meter peaks. Alpine climbing in the 3rd to 4th degree of difficulty should be no problem for you.

With a private mountain guide:

A deposit of CHF 100.00 per person (included in this price) for all the 2-days tours will be required. This amount is non-refundable (even if you cancel the tour early or if the weather on the day is bad and the tour cannot be postponed).

The ascent of the Dufourspitze is a demanding high altitude climb. Please inform us, when you book, which other 4’000 meters peaks you have climbed and what other alpine experience you have (Kilimanjaro and Mont-Blanc are not comparable to the Dufourspitze as they are not rock tours).

We strongly recommend a training climb with a mountain guide. The preparation tours can also be done in a group, as long as another person has registered for it.

Insurance is the responsibility of the participant (accident and evacuation insurance)

Please contact us 2-3 days in advance by phone or directly in our ZERMATTERS office to ask about the conditions and to discuss the last details.